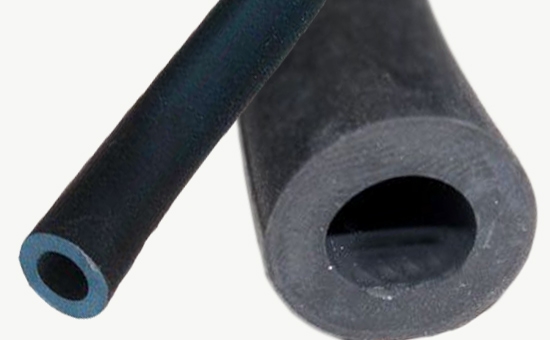 EPDM rubber and EPDM rubber are excellent in heat resistance, weather resistance and ozone resistance, and are widely used in the production of various automotive parts. EPDM rubber hose is one of them. When using EPDM, EPDM/recycled rubber or EPDM alone to produce various types of automotive hoses, due to the different types of rubber and the amount of compounding agents, automobile hose manufacturers need to adjust the mixing Process to ensure the quality of rubber compound. So what problems should be paid attention to when mixing EPDM rubber hoses in actual production?

1. Techniques for mixing rubber with EPDM and recycled rubber

When using EPDM rubber and EPDM reclaimed rubber to produce low-cost, cost-effective automotive hoses, rubber product manufacturers need to fully mix the original rubber and then mix it with reclaimed rubber. Because the mixer is regular in the work process, it can ensure that the reclaimed rubber is evenly mixed in the rubber compound. Therefore, it is recommended to use the mixer in the production of automotive rubber hoses with EPDM/recycled rubber. If the product manufacturer does not have an internal mixer, it can improve the mixing uniformity of the reclaimed rubber by adjusting the roller distance of the open mixer to the minimum value and increasing the number of over rollers.

EPDM rubber products can be filled with a large amount of rubber oil or rubber fillers during the production process. For example, when EPDM rubber is used to produce low-hardness automobile special-shaped hot air hoses, the formula will be filled with 40-50 parts of rubber oil to soften and 100 parts. The high-wear-resistant carbon black is reinforced at the right and left. At this time, the carbon black/rubber oil needs to be mixed after the mixing process, and the mixing time is appropriately extended to increase the number of thin passes; the air bubbles on the surface of the hose need to be remelted. , Hot smelting and other processes.

When using EPDM or EPDM to produce automotive hoses, rubber product manufacturers need to strictly control the timing of adding the compounding agent, otherwise the quality of EPDM compound will be seriously affected, so that the subsequent production process cannot be carried out normally.

When using EPDM or EPDM to produce automobile hoses, rubber product manufacturers also need to control the mixing temperature, mixing time, mixing pressure, etc. Due to the different performance requirements of automobile hoses in different use occasions and with different production formulas, rubber product manufacturers need to choose the appropriate mixing process according to their own production equipment, master the timing of adding the compounding agent, and ensure that the rubber is mixed evenly, which is the subsequent production process. Provide a better foundation.