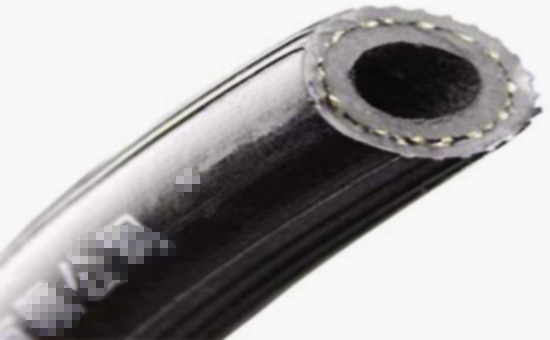 Encountered a problem: white handwriting was yellowed when a white hose was applied to the outer hose of the tire reclaimed rubber as the main raw material.

Details of the problem: The tire reclaimed rubber processed from waste tire rubber powder has a wide range of raw materials and low product prices. It is used by many rubber manufacturers to reduce costs. Ordinary hose manufacturers are no exception. Hengshui customers decided to use tire reclaimed rubber in the outer rubber of a common hose. The indexes of the hose samples produced after the test fully met the demand. However, when the white typewriting such as the brand and specification of the hose is sprayed, the white writing and the surrounding area begin to yellow, and the formula adjustment still cannot solve the problem.

Solution: Hongyun Class A ultra-fine non-migrating tire reclaimed rubber is a fine ion tire reclaimed rubber processed by 80 mesh 900 waste tire rubber powder through magnetic separation, desulfurization, filtration and refining. It is used in the production process. It is a non-polluting and non-migrating environment-friendly rubber oil, which is basically used in the production of rubber products without the problem of discoloration migration. Hengshui customers replaced the rubber used in the hose jacket with this kind of reclaimed rubber under the recommendation of the Hongyun technicians. The outer rubber of the hose produced will not be yellowed after the handwriting.