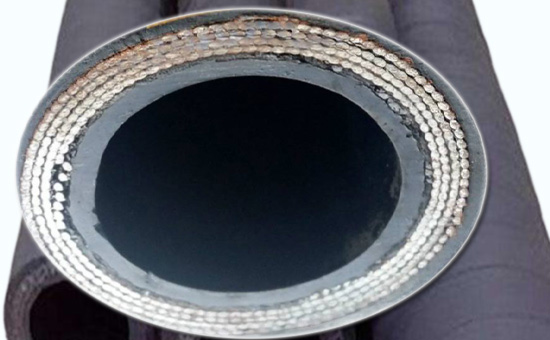 Point 1: Pay attention to the proportion of reclaimed rubber

Point 3: Pay attention to the interaction between the various ingredients in the suction hose formula

The mechanical strength of the suction hose will be reduced with the addition of the reclaimed rubber. The reinforcing agent can be used to make up for this deficiency. Generally, the natural rubber containing the reclaimed rubber attracts the rubber tube to use the semi-reinforcing carbon black to improve the suction hose. The tensile strength increases the rubber elasticity and aging resistance, and has the dual functions of reinforcing and filling. Semi-reinforcing carbon black will have certain influence on the process performance while improving the hardness of the rubber compound, and it is also necessary to use softeners such as pine tar and engine oil.