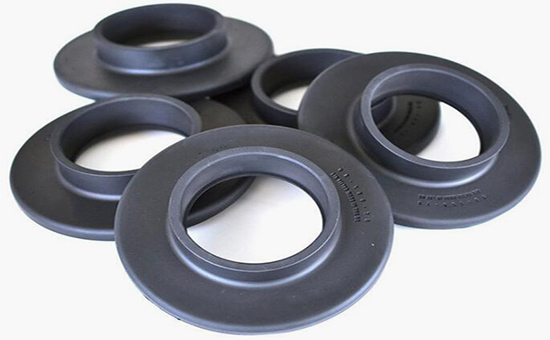 The relative molecular weight of the resin is relatively high. It is solid, medium solid and liquid at normal temperature. It has a softening or melting temperature range. It has a tendency to flow under the action of external force. It can be used as a homogenizer in the nitrile reclaimed rubber product to promote uniform dispersion of the compounding agent and reduce Mixing time.

5. Control the amount of mixing and the speed of the mixer

Everything has positive and negative aspects. For example, the method of shortening the vulcanization time by adjusting the vulcanization temperature and improving the production efficiency of the regenerated rubber product of nitrile has its own defects. Unrestricted increase of the vulcanization temperature of the nitrile reclaimed rubber will result in The quality of nitrile vulcanizate is obviously reduced. Also, there are some shortcomings in shortening the mixing time of nitrile reclaimed rubber by suitable methods. Rubber product manufacturers must look at the problem from a global perspective when selecting one or several methods. Don't lose quality for cost.