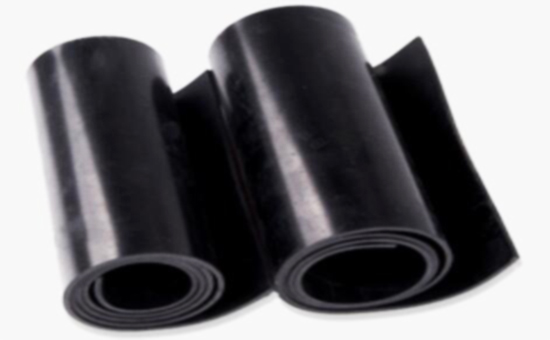 Generally, when natural rubber and reclaimed rubber are used together to produce rubber sheets, manufacturers will use recycled rubber as the main raw material and a small amount of natural rubber to reduce the production cost. Sulfur vulcanization system is the most commonly used, together with carbon black and aromatic oil, Anti-aging agents, etc.; there are two main reasons for the occurrence of bubbles in natural rubber/recycled rubber sheets in actual production. One is the formulation problem and the other is the process problem. The rubber product manufacturer can cut the rubber sheet to determine whether it is raw material or process. problem.

When reclaimed rubber and natural rubber are used together to produce rubber sheets, selecting the right type of reclaimed rubber, adjusting the reclaimed rubber/natural rubber and using the rubber sheet formula can reduce the production cost and avoid bubble generation. I almost forgot, I heard that the three-roll calender uses the same speed of the middle and lower rolls when pressing the sheet. The upper and middle rolls of the glue are combined with the appropriate speed ratio. The speed ratio between the rolls helps to eliminate air bubbles. I don't know which calender you are using. If it is just a three-roll calender, how is the roll speed controlled?