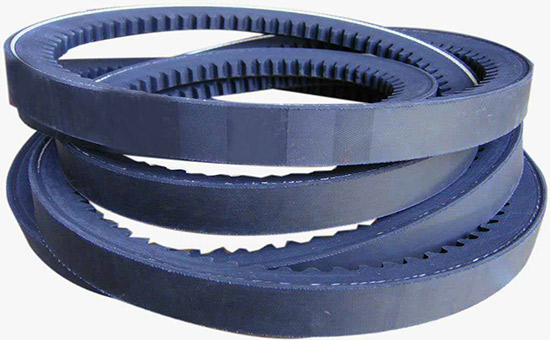 1. Reasonable control of the amount of recycled rubber

Recycled rubber is a renewable resource that is processed by various processes such as crushing, desulfurization and refining of waste rubber products. The price of the product is much lower than that of natural rubber and butadiene rubber and is maintained in a stable state. Substituting some natural rubber to reduce production cost; however, due to the certain gap between the reclaimed rubber itself and the original rubber, in order to ensure the physical and mechanical properties of the compression layer, the amount of reclaimed rubber should be controlled within a reasonable range without reducing the triangle. Reduce production costs with quality.

2. Appropriate adjustment of the compounding system of the rubber belt containing the reclaimed rubber triangle

The v-belt compression layer compound produced by using neoprene rubber and natural rubber as the main raw material is mixed with reclaimed rubber, and the type and amount of the compounding agent in each compounding system in the formulation can be reasonably adjusted to further improve the comprehensive performance of the compression layer compound. Sulfur vulcanized rubber compound is used together with accelerator DM and accelerator CZ. When scavenging, the scorch has high safety and short vulcanization time. The vulcanized rubber has high mechanical strength and excellent anti-aging performance. Among them, accelerator DM and accelerator CZ Can be used in a ratio of 4:1.

The use of reclaimed rubber in the V-belt compression layer produced by neoprene/natural rubber also requires the cooperation of softening system and anti-aging system, but the influence on the mechanical strength of the rubber is not particularly large, and will not be elaborated here.