Several factors to consider when using EPDM compound with other rubbers 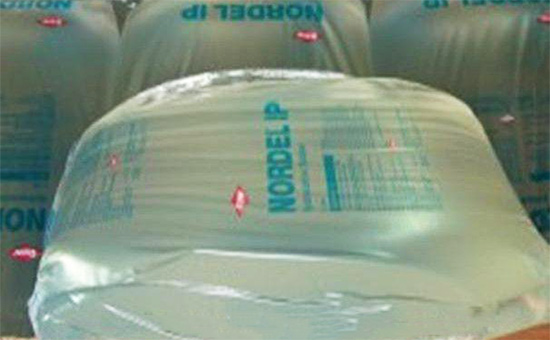 EPDM rubber is a kind of ethylene propylene rubber (including ethylene propylene diene rubber and ethylene propylene diene monomer). It is a copolymer of ethylene, propylene and a small amount of non-conjugated diene. It has excellent heat resistance and resistance. Ozone, weather resistance, widely used in automotive parts, waterproof materials, cable sheathing and hoses, tapes, seals and other fields. At present, rubber manufacturers are trying to improve the comprehensive index of rubber products and reduce production costs. Most of them choose to use EPDM rubber together with other types of rubber. Then, what issues should be considered at this time?

1. Compatibility of EPDM with other rubbers

Compatibility is the primary problem to be considered when selecting and using rubber for EPDM. The polarity, saturation, cohesive energy (solubility parameter), surface energy, Mooney viscosity, etc. of the compound will affect compatibility. The compatibility of the rubbers with the same or similar performance is better, so as long as the rubber selected for the EPDM rubber is not particularly large in terms of polarity and unsaturation, a satisfactory compatibility effect can be achieved. For example, EPDM and butyl rubber are relatively similar in terms of polarity and saturation, so they have good compatibility. In the actual production, many butyl inner tubes will be mixed with an appropriate amount of EPDM rubber in the production process to improve the problem of butyl inner tube aging and softening.

2. Dispersibility of compounding agent in EPDM

When EPDM rubber is used together with other types of rubber, the dispersibility or migration of the compounding agent in the compounding system in each compounding system not only affects the process performance (mixing performance, vulcanization performance, etc.) of the rubber compound, but also affects the rubber product. The quality, such as the dispersibility and migration of the vulcanizing agent in the blended compound, affects the degree of vulcanization of the compound. In general, vulcanizing agents and accelerators tend to migrate from the low polarity phase to the high polarity rubber phase in the blend. For example, the vulcanizing agent and the filler easily migrate from the EPDM phase (low saturation) to a large amount of unsaturated double bonds. In the high-polarity diene rubber phase; the different concentration gradients of the vulcanizing agent and the filler may cause uneven mixing of the EPDM blending rubber and uncoordinated vulcanization, eventually leading to a decrease in the physical and mechanical properties of the EPDM rubber product.

3. Co-vulcanization of EPDM with other rubbers