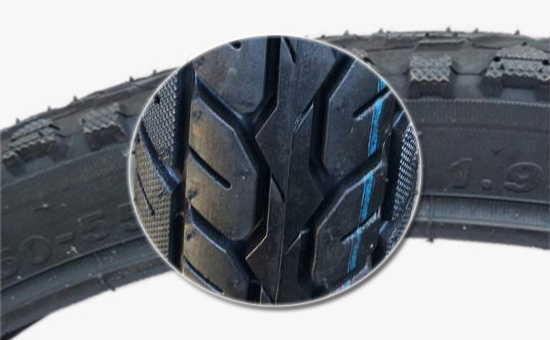 Masterbatch is to make part of the compounding agent into a rubber compound, which is used as the base rubber for the next step. The rubber product industry often mixes carbon black, softener, plasticizer and raw rubber into carbon black masterbatch. Glue, the vulcanizing agent and the accelerator are separately mixed into a masterbatch to promote uniform dispersion of the compounding agent to avoid pollution. When low-density polyethylene is used in bicycle tread rubber, some natural rubber, butadiene rubber and low-density polyethylene (usually 30/15/15) can be made into rubber-plastic masterbatch and then added to reclaimed rubber. In the formulation of the bicycle tread rubber, the plastic is uniformly dispersed in the rubber compound.

3. Suitable formula for the combination of rubber and plastic for bicycle tread rubber containing reclaimed rubber

Recycled rubber is a product of recycling and reprocessing of waste rubber products. It is widely used in the rubber industry and non-rubber industry, especially in the production of tires. When using reclaimed rubber in bicycle tread rubber, rubber manufacturers can choose the reclaimed rubber product that has the closest requirement to the tread rubber index. Properly adding rubber and plastic masterbatch can reduce the cost of raw materials and improve the tread. Glue processing performance and comprehensive indicators.