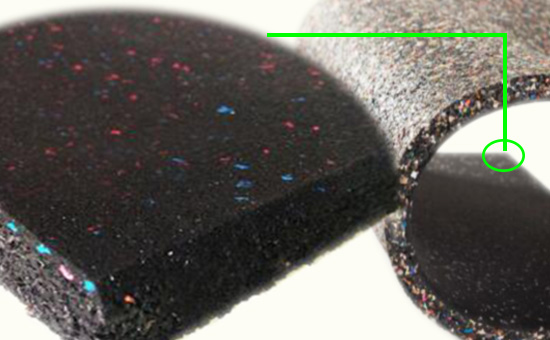 Encountered problems: The customer is a manufacturer of rubber mats for indoor use. The mat products produced in the company meet national standards in terms of elasticity, impact resistance, waterproofness, and non-slip performance. There is a small problem that the rubber mats of the brand have The “slightly” odor, if used outdoors, is not a problem, but the use of this odor in a closed room is not spread out; although it will not affect human health, it will also make people feel uncomfortable, so the product is approaching nobody's interest. The point. The customer tried many methods to eliminate the odor of rubber mats, but none of them could solve the problem fundamentally.

Solution: Hongyun shipped about 50g of rubber odor agent to the customer, and attached detailed instructions for use. I hope you can try it out.

Test procedure: After the customer received the sample of odor agent and instructions for use, he could not wait to start the test.

3, in the open process with rubber accessories together;

Economic Benefits: Xingtai customers have added rubber odor agents from our factory to indoor rubber mats. After solving the problem of odor in the confined environment of rubber mats, consumers begin to accept such mats and recommend them to their families. Friends, slowly opened the market. The price of rubber odor agents is high, but the small amount added is only a small part of the product cost, but this "little coup" solves the big problem; in the fierce market competition, the small cost has won the big market.

Brief introduction of rubber odor agent: Hongyun imported rubber odor agent has no pollution, no radiation, no penetration, no toxicity, no white spray, no yellowing compared with general odor products. It complies with EU ROHS environmental protection directive through international SGS environmental protection Certification; the product itself has no irritating odor, produces irritating odor in the process of production and processing, and the principle of odor is to react with the oil in the rubber to produce a non-taste compound and achieve the effect of smelling and smelling the rubber product.